Just picture this: A colorless lifestyle that leaves you uninspired after routinely working a tiring 14-16 hour shift. If you even remotely fit this description, then you’ve found yourself in the right place.
I recently interviewed Terry Gremaux, a born and raised Montana native who woke up one morning and decided that enough is enough. He was the person wondering, where did all my time go? He would work diligently on those long shifts at his job as an underground miner eventually making six figures until he saw this advertisement: Work from Home Unlimited Income! This sudden epiphany he had is the reason why he is now considered the best trainer on social media that dishes out free tactics to people looking to create better opportunities for themselves.
During the interview, Terry recalled a time when he was growing up on the ranch in Montana continuously dreaming of quicker ways to do things because he felt that everything was just so tedious. Unfortunately, there are so many other people out there who share these same feelings of dissatisfaction but are oblivious to the options that they have.
One thing Terry and I discussed that truly stood out was the initiative you have to take in this network marketing business. He said, “There’s a time where things have to happen inside of your mind, inside something of yours that turns a switch that says, ‘I’m serious now.’” That was a true and relatable statement because it’s so easy to put things aside, but initiative is what separates successful people from those who are too afraid to put their time and effort in. It may seem difficult at first but commitment is key. If you don’t stand by your commitment, then you create a habit of not doing what you say you will do and lose your backbone. Now that we’ve covered the basic steps to get you motivated it’s time to learn how to put it all into action!
When you are building a company and brand from home it is essential to your success that you are relatable. How do you become more relatable? The answer is simply record videos! Obviously, there’s a little bit more involved in this solution but videos are taking the internet world by storm and you DO NOT want to get left behind. Your audience and consumers want to see the real you, they want to be connected and what better way to do that than to show more personal videos of yourself? And not the “perfect, scripted person” you think everyone wants to see. Always be authentic and original like an actual human being.
One way Terry explained this system is by responding to commenters on Instagram, Twitter, and Facebook with a video of yourself instead of a regular text. Terry also mentioned that this is done through the messenger on your smartphone and isn’t done on your computer unless you are trying to do a video call.

Another tip that is a personal favorite of mine is going to the page of your favorite target leader and leaving a comment on their page that shows you read or listened to the things that they’ve said. Then be interactive and like the other comments as well.You can like 10-100 comments, and then, you will start to see results and according to Terry here’s why…most people don’t get likes/comments so seeing a lot of your insightful comments and support of their page will make them curious about who you are. This may lead them to send you a friend request and then before you know it you’ve connected with someone who has a huge following, which can eventually bring traffic to you.

Now once you’ve brought people over to you make sure that you have GOOD content! This doesn’t mean that you have too much content but instead just enough to keep people interested. It’s also important to know that distribution is actually the key because you have to hustle your content. This is why too much content can harm you more than help you because at the end of the day if you are not pushing your content through various social media outlets, then it will be pointless and no one will see it. That’s the absolute last thing you want because we are trying to create a lucrative network marketing business instead of an expensive hobby as I mentioned before.
If you’re interested in taking action, then start your free trial by going to Terry.drewberman.com! Also, check out this audio interview on “The Network Marketing Radio Show.”
Thanks again guys and as always…
Be Great!
Drew
Thinking about coaching? Check out the Work with Drew Berman tab where I can help you go from hobby income to professional income!
PS: If you gained some knowledge from this or know someone who might, feel free to like share or comment.
Did you see our latest blog at DrewBerman.com
Click here and please leave a comment,
retweet, or “like” on Facebook! 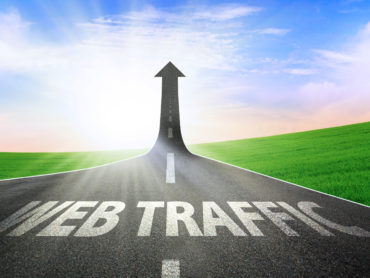 Here is one of my final "Part Two" blog posts The Power of Positivity Pt. 2